A family of innovative products that’s perfect for yours.

Enzastaurin is a well characterized PKCβ inhibitor that has been evaluated in over 50 clinical trials, with more than 3300 patients. This includes a Phase 3 study of nearly 500 patients with 3 years of enzastaurin treatment.1 Mutations in the COL3A1 gene have been linked to the loss of structural integrity of the extracellular matrix and increased clinical presentation of VEDS related symptoms, including arterial dissection and/or rupture. Recent findings from animal studies, in a VEDS mouse model, with similar Col3A1 mutations have shown that the mutation is a key mediator in increased PKC/ERK pathway signaling. Additionally, in this model, treatment with an inhibitor of PKCβ significantly prevented death due to spontaneous aortic rupture.2 Further investigation will be necessary to determine the potential of PKC inhibition as a treatment option.

Prevention of Rupture with Enzastaurin in Vascular Ehlers-Danlos Syndrome

Objective: To evaluate the efficacy of enzastaurin compared to placebo in preventing arterial events leading to intervention in patients with Vascular Ehlers-Danlos Syndrome (VEDS) confirmed with COL3A1 gene mutations.

Aytu BioPharma, Inc. will be sponsoring an upcoming clinical trial to evaluate the effectiveness of AR101 (enzastaurin) in preventing cardiac or arterial events in patients with Vascular Ehlers-Danlos Syndrome (VEDS) confirmed with COL3A1 gene mutations, compared to placebo.

Vascular Ehlers-Danlos Syndrome (VEDS) is an inherited connective tissue disorder, typically caused by a mutation in the COL3A1 gene. This mutation leads to defects in type III procollagen, a major protein in vessel walls and hollow organs. Patients with this diagnosis are at significant risk for serious vascular events like dissections, pseudoaneurysms, and ruptures throughout the vasculature. 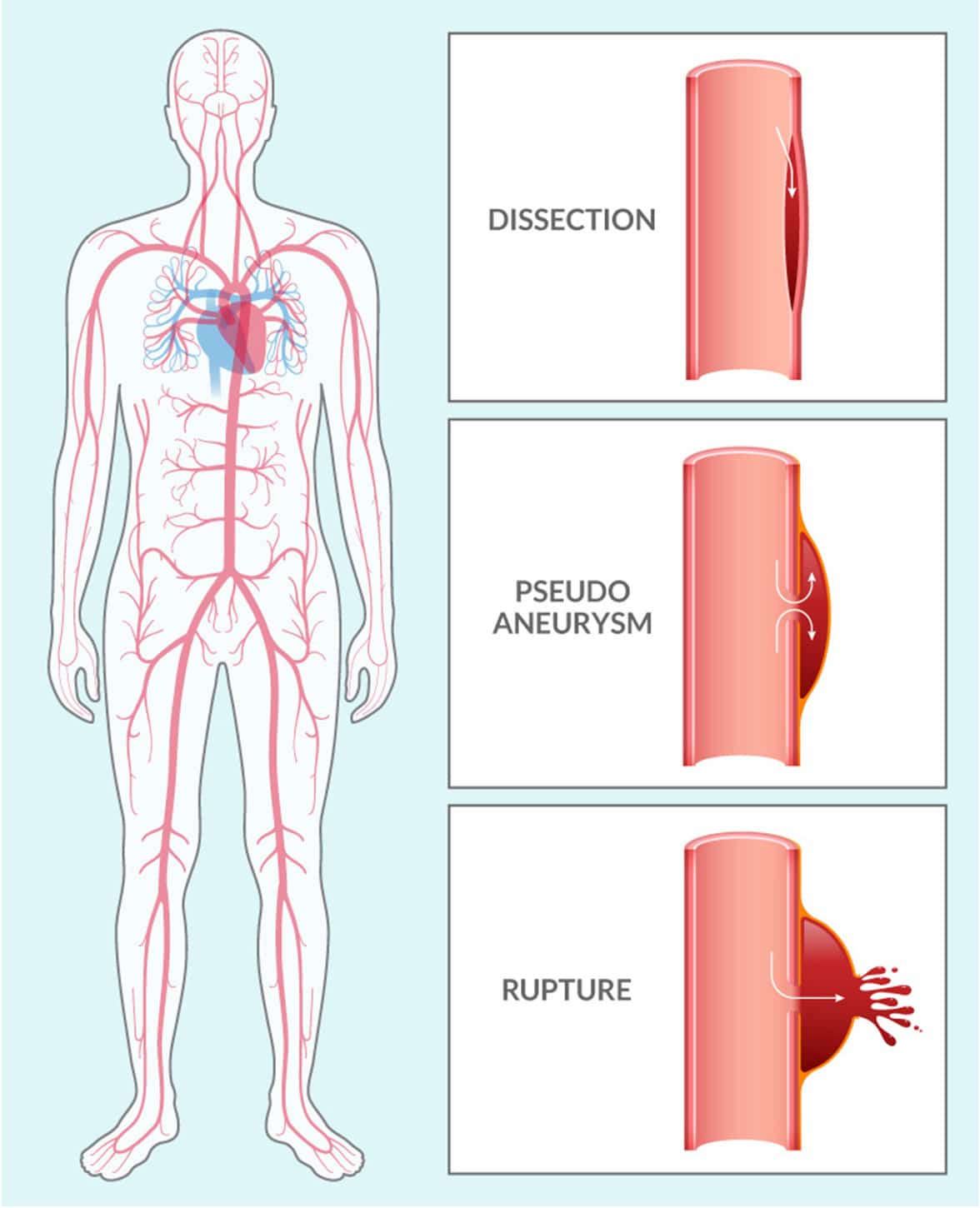 VEDS affects about 1 in 50,000 people worldwide. Nearly 50% of patients with this devastating condition die before the age of 50 years old. Currently, there are no FDA-approved therapies, and after diagnosis, the current standard of care is “watchful waiting.” 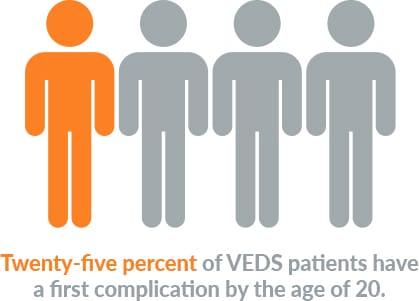 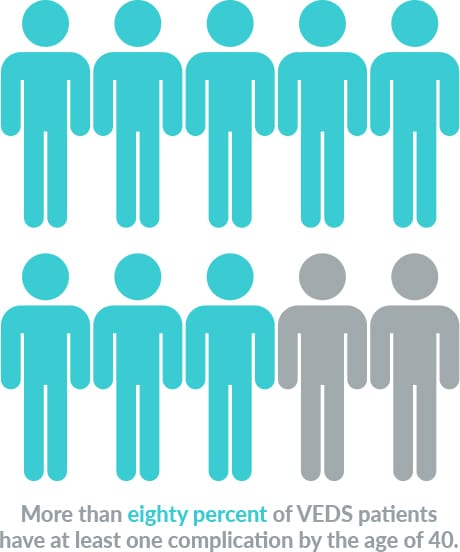 Chairman of the Scientific Advisory Board

VEDS changes lives, but it does not define the people who have it. Watch the stories of those confronting VEDS with courage, conviction, and above all, hope for a better future.

Aytu BioPharma is a proud sponsor of these VEDS Advocacy Groups

Expanded access, also called compassionate use, enables patients with serious or immediately life-threatening diseases who do not meet the enrollment criteria for clinical trials in progress to gain access to investigational treatments. At this time, Aytu BioPharma does not offer an expanded access program and does not accept expanded access requests. We believe that investigational drugs should be studied in patients as part of clinical trials designed to produce data on safety and efficacy that may be used to support approval of the product, thereby leading to its broader availability for patients in need of treatment. Aytu strongly encourages patients to speak with their treating physicians and when possible to participate in clinical trials. Aytu is aware that in rare cases patients with serious life-threatening diseases are unable to participate in clinical trials and may have exhausted all available therapies. In these rare cases, Aytu may consider providing an investigational product outside of a clinical trial. However, we currently do not have an expanded access program that allows patients to have access to our investigational products prior to FDA approval. As authorized by the 21st Century Cures Act, Aytu may revise this expanded access policy at any time. Additionally, the posting of this policy by Aytu shall not serve as a guarantee of access to any specific investigational drug by any individual patient. In the event Aytu decides to consider expanded access, we will evaluate and respond to each request that it receives on a case-by-case basis. Reference information about our investigational drugs and ongoing clinical trials can be found on https://www.aytubio.com and https://clinicaltrials.gov. If you have additional questions, please speak with your physician, or contact us at ExpandedAccess@aytubio.com.

Peter Byers, M.D., is a board-certified physician with the Genetic Medicine Clinic and Center on Human Development and Disability and Pathology Services at University of Washington Medical Center and a University of Washington professor of Medicine, Pathology and Medical Genetics and an adjunct professor of Genome Sciences and Oral Health Sciences. Dr. Byers’ philosophy is “get it right the first time.” His research has the objective of understanding the molecular pathogenesis of inherited disorders of connective tissue. Dr. Byers earned his M.D. at Case Western Reserve University in Cleveland, Ohio. He is board certified in both Internal Medicine and Clinical Genetics. His research has focused on disorders that affect collagen genes and the enzymes involved in the post-translational modification of collagens.

Dr. Loeys is professor of medical genetics and cardiogenomics at the Center for Medical Genetics of the Antwerp University Hospital in Belgium and in the department of Human Genetics in the Radboud University Medical Center in Nijmegen, The Netherlands. He trained as a pediatrician in Ghent, Belgium and as a clinical geneticist in the McKusick-Nathans Institute for Genetic Medicine at the Johns Hopkins University Hospital in Baltimore, Maryland. His special interests include connective tissue disorders, specifically heritable aortic aneurysm syndromes. He obtained a medical degree at the Ghent University in 1995 and subsequently started a pediatric residency training at the Ghent University Hospital. During this training program (1998–2002), he combined clinical and research activities and worked as a junior clinical investigator of the Fund for Scientific Research-Flanders in the Center for Medical Genetics of the Ghent University. His research project, entitled “Genotype and phenotype study of inherited defects of the elastic fiber,” resulted in a PhD degree of Doctor in Medical Sciences (2004). From 2002 to 2005, he was accepted into the fellowship program in medical genetics of the Johns Hopkins Medical Institute. Together with his colleague, Dr. Hal Dietz from the Johns Hopkins University, he identified a new aortic aneurysmal disorder, now called Loeys-Dietz syndrome. At the end of his fellowship, he successfully obtained the certification for clinical genetics from the American Board of Medical Genetics. Since 2005, upon his return to Belgium, he has been a senior clinical investigator of the fund for scientific research – Flanders, initially in the Center for Medical Genetics-Ghent and since December 2010 in the Center for Medical Genetics of the University Hospital in Antwerp with a joint appointment at the Radboud University Medical Center in Nijmegen. Over the years he became an internationally renowned expert in the genetic basis of aortic aneurysmal disease. He was recently awarded the Francqui-Collen Prize, the so-called Belgian Nobel prize for translational biomedical research.

Dr. Jeunemaitre is Professor of Genetics at University Paris Descartes, the Head of the Department of Genetics at the Hospital Pompidou (HEGP) and the Director of the INSERM research team 3, U970, at the Paris Cardiovascular Research Centre, Paris, France. Dr. Jeunemaitre received his M.D. and Ph.D. in human genetics at the University P&M Curie, Paris, France. He was trained as an internist and specialized in cardiology before training in molecular genetics at the College de France in Paris and in human genetics during a post-doctoral fellowship at the Institute of Human Genetics, Salt Lake City, University of Utah, USA. Dr Jeunemaitre is the head of the National Referral Centre for Rare Vascular Diseases at HEGP which provides advice and care for more than 1,000 patients a year and is involved in epidemiological surveillance, registries, and clinical research. His laboratory of molecular genetics at HEGP provides genetic testing for rare cardiovascular and renal diseases as well as endocrine cancers (conducting approximately 2,500 tests a year).

Dr. Hal Dietz conducted the landmark research to date supporting AR101 in VEDS. He is Victor A. McKusick Professor of Pediatrics, Medicine, and Molecular Biology & Genetics in the Department of Genetic Medicine at the Johns Hopkins University School of Medicine and an Investigator at the Howard Hughes Medical Institute. As a physician scientist, he has dedicated his entire career to the care and study of individuals with heritable connective tissue disorders with primary perturbations of extracellular matrix homeostasis and function. His lab has identified the genes for many of these conditions, for which he uses model systems to elucidate disease mechanisms. Dr. Dietz has received multiple prestigious awards including the Curt Stern Award from the American Society of Human Genetics, the Colonel Harland Sanders Lifetime Achievement Award in Medical Genetics, the Taubman Prize for excellence in translational medical science, the Harrington Prize from the American Society for Clinical Investigation and the Harrington Discovery Institute, the Pasarow Award in Cardiovascular Research, the InBev-Baillet Latour Health Prize from the country of Belgium, and the Research Achievement Award from the American Heart Association. He is an inductee of the American Society for Clinical Investigation, American Association for the Advancement of Science, Association of American Physicians, National Academy of Medicine, and National Academy of Sciences.